The Golden Baseball League’s teams operated on a very tight budget as they had a $90,000 salary cap per season. The league had quite some investors as supermarket chain Safeway, Wheel of Fortune host Pat Sajak and former National Football League players Mike Sherrard and Christian Okoye invested in the league.

In the inaugural season (2005), the teams played their home games in city-owned or in university-owned stadiums. There was one team that operated as a road team: the Japan 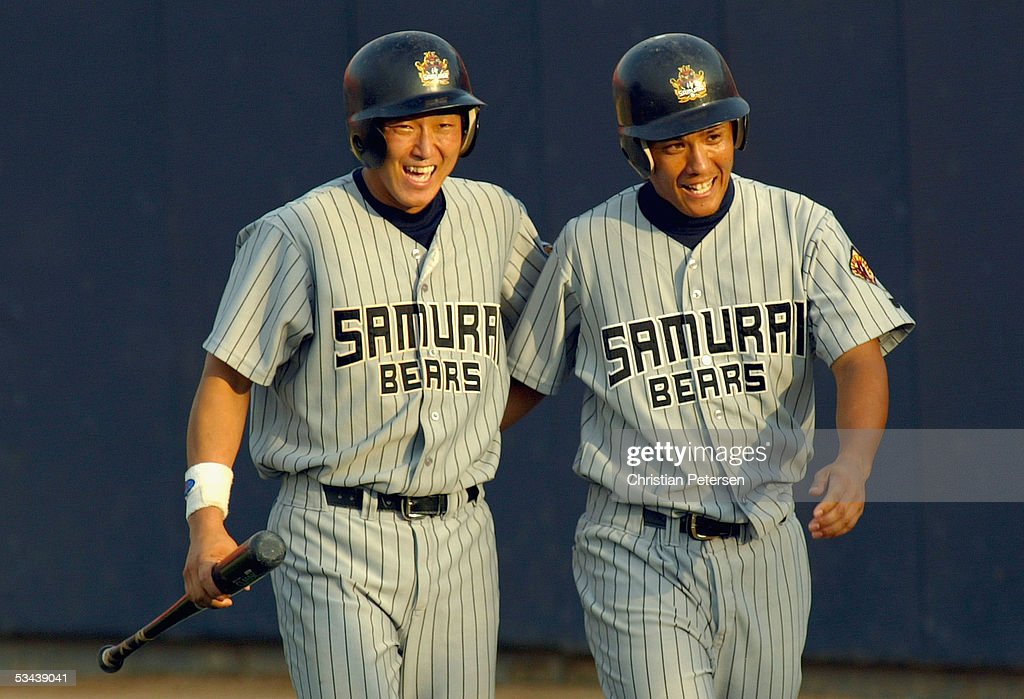 Samurai Bears. This was a team with solely Japanese players.  The league finished the season with a four team championship tournament that was won by the San Diego Surf Dawgs.

The GBL started as an eight team league with two divisions but in the next season, the league shrunk to a six team one division format as the Japan Samurai Bears and the Suprise Fighting Falcons folded after the 2005 season. The Mesa Miners moved to Reno to become the Silver Sox.

The GBL was far from stable as teams came and went. In 2007 the San Diego Surf Dawgs were repleaced by the St. George Roadrunners (AZ). For the 2008 season, two Canadian teams from the Northern League, the Calgary Vipers and the Edmonton Cracker-Cats, joined the Golden Baseball League and the circuit split into two divisions. the Reno Silver Sox folded in 2009. The Edmonton Cracker-Cats were replaced by the Edmonton Capitals, and the Tucson Toros and Victoria Seals began play in that same year.
In 2010 two more teams were added to the league: The Maui Na Koa Ikaika and the Tijuana Cimarrones.

The league eventually merged into the North American Baseball League but that league did not last long as it folded after the 2012 season.

It is remarkable that the Golden Baseball League lasted that long as it dealt with financial difficulties from the beginning. Some teams had to travel up to 1,500 miles for a series of road games. It happened quite often that players were not paid for several weeks before receiving a part of their salary. The salary varied from $750 to $3,000 per month.

In an ESPN article the league was described rather well: “I heard similar views from a lot of players at the Chico-Victoria Seals games this weekend. They’ll play without pay. They’ll drive 1,500 miles. They’ll share cramped clubhouses with just one toilet. They’ll play in 115-degree heat in front of 100 fans — they’ll do all that just so long as someone is willing to give them a uniform.”

Two famous players played in the Golden Baseball League, though in the fall of their careers. In 2005, hall of famer Rickey Henderson joined the San Diego Surf Dawgs at the age of 47 and won the GBL championship with the team. Jose Canseco joined the Surf Dawgs in 2006 but played only one game before he was shipped to the Long Beach Armada. In that 2006 season, Canseco hit a lowly .169.

In 2010 the Chico Outlaws signed Japanese Eri Yoshida as one of the few female players in US professional baseball after Toni Stone debuted with the 1953 Indianapolis Clowns of the Negro Leagues to become the first female in pro ball. Yoshida was eighteen when she debuted with the Outlaws and mastered a knuckle ball. Looking to her stats it can be said that she was merely hired as a publicity stunt since she recorded four losses in eight starts with a 12.27 ERA and a WHIP of 2.143. It must be said that her numbers were much better in the two following years in the North American Baseball League as she posted a 3.86 ERA in 2011 and 5.56 ERA in 2012.

It is very likely that the ambition of the league contributed to its fall. With teams in Hawaii and Meixco, the traveling was simply too much for the cash-strapped GBL.