It’s that time of the year again. We’re nearing the end of the MLB season and MLB clubs are exploring the Minor League landscape for clubs to cooperate with. Luckily there are clubs that want to stay with their current affiliate. The Tampa Bay Rays are one of those teams. The club from St. Petersburg has extended their PDC with their A Full Season farm team, the Bowling Green HotRods. 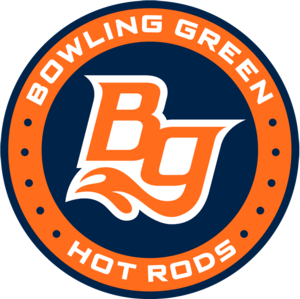 Catfish in the South Atlantic League. In 2009, the club was sold and moved to Bowling Green to become the HotRods. Both clubs have extended their contract with two more years, through the 2020 season. In 2010, the club switched leagues and moved to the Midwest League.

Hot Rods General Manager Eric C. Leach stated: “Having the Rays come to us and offer us an extension on our Player Development Contract is a testament to the great partnership we have had since 2009. The Rays have been a pleasure to work with and we look forward to the great talent they continue to send to Southcentral Kentucky.”

“We truly value our relationship with the Bowling Green Hot Rods organization and are looking forwarding to continue to develop our players in Bowling Green for the next three seasons,” said Tampa Bay Rays Director of Minor League Operations Mitch Lukevics. “We not only thank the Hot Rods ownership and Front office staff, but also the city of Bowling Green and their fans for giving our players a great environment to develop their skills.”

“The Rays have been a first-class organization to work with since we became owners of the team,” said Hot Rods Owner Stuart Katzoff.  “We are excited about this extension of our partnership and for our fans to continue to watch the future of the Rays develop every night at Bowling Green Ballpark.”

The history of the HotRods dates back to 2001 when the team played as Wilmington Waves. The team played only one year under that name as it changed its name into South Georgia Waves in 2002 as it moved to Albany in Georgia. During its existence, the club has been partner of the Los Angeles Dodgers from 2001 through 2006.