In his first start of the 2018 NPB season, Rick van den Hurk pitched a good game. Nevertheless, he took the loss as he did not get enough run support from his teammates as the Softbank Hawks fell 2-1 against the Saitama Seibu Lions. 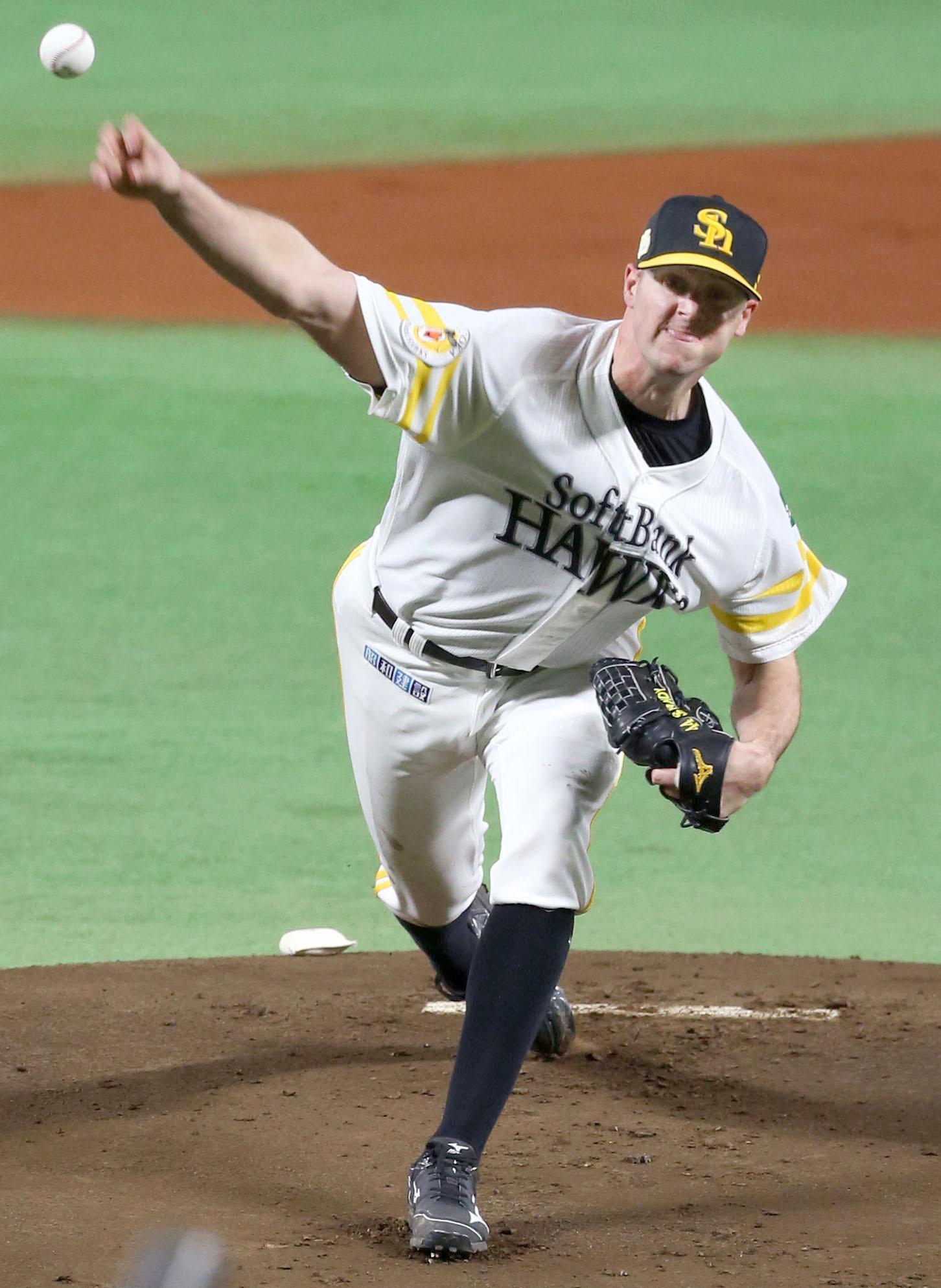 In the first inning, the Dutch righthander already gave up a run as, with runners on first and second, catcher Tomoya Mori singled to center field to drive in Shogo Akiyama. In the next two innings, Rick kept the Lions from scoring but in the fourth, he gave up a leadoff home run to Tomoya Mori, who drove in his second run of the day.

The offense of the Softbank Hawks was kept in check by Fabio Castillo, who did not allow a hit in the first five innings. Only in the sixth inning, the Hawks managed to get on base thanks to a couple of hits and load the bases. But Castillo got out of the inning without any damage. Only in the seventh inning, just before Rick was replaced, Alfredo Despaigne drove in the sole run for the Hawks on a sac fly to left field.

At the start of the bottom of the seventh inning, Rick was replaced by Shuta Ishikawa. In the six innings out on the mound, Rick gave up six hits, walked three and struck out four. Rick faced 25 batters and threw 108 pitches.

Thanks to this loss, the Softbank Hawks drop to a 2-2 record, trailing the league-leading Saitama Seibu Lions (4-0) by two games.