Once again complaining neighbors have made baseball’s life nearly impossible. In the past, the Dutch Baseball Federation implemented the dreaded curfew rule to avoid complaints from people living around or near baseball diamonds. The curfew rule prevents clubs to start a new inning after 22:30 (10:30 PM) during night games. This time neighbors living near the diamond of the Bonn Capitals have made complaints about fans banging drums.

The Bonn Capitals, the 2018 German champion, have a share of avid fans. Some of them 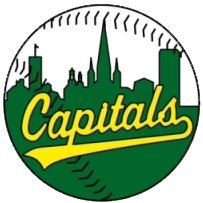 bring drums with them to fire up their team. But now, some inhabitants of the neighboring American Settlement have complained about the noise.

According to the neighbors, they don’t mind fans cheering for their team. It is something that belongs to sports games. But the constant banging on the drums is what drives them crazy. One of the neighbors started a petition.  Those fans who bring the drums, bang them constantly for hours. As a result, they cannot use their balcony because it is nearly impossible to have a conversation. Also with closed windows, the inhabitants are still bothered by the drums.

After HICOG left, the Americans left with them. The apartments are now used by Germans. If you know when you are going to live next to or near a sports facility, you know there will be noise. It is something that comes with sports games. Fans cheer for their club, make music to create a good atmosphere and shout. If you opted to live there, then don’t complain. You knew where you were going to live. What makes it even more pathetic, the houses closest to home plate are about 200 meters (600 feet) away and there is even a lot of trees between those houses and the baseball diamond. So how bad can it really be? Too bad nowadays people need to complain about almost everything.

This is the “noise” the complainers are talking about.

You may have guessed it, the complainers have won (at least for now). They have sent a petition to the city of Bonn, who made some sound measurements to check if the complaints were just and as a result, the city council has decided that the Capital fans are not allowed to bang their drums anymore. Weird thing is that the Capitals have made measurements as well and the noise never seemed to exceed the maximum standards. But now the city has made those measurements it does, all of a sudden.

As the club made a remark at its Facebook site “We hope our creative fans will find a solution”, I think the fans will have their revenge. It would be something if they will come up with a brass band or perhaps even better, those Vuvuzelas that were used during the 2010 FIFA World Cup.

You may wonder what the complainers will do during the upcoming European Championship. There will be night games every night for a bit more than a week. When Germany will play, you can count on a lot of noise. Those complainers better go on vacation…

The Bonn Capitals said in a statement they think it is a complicated situation. They are still evaluating how to deal with the matter. The club will focus on the organization of the upcoming European Championship for now. At least the Caps believe in their fans as they create the best atmosphere in German baseball.